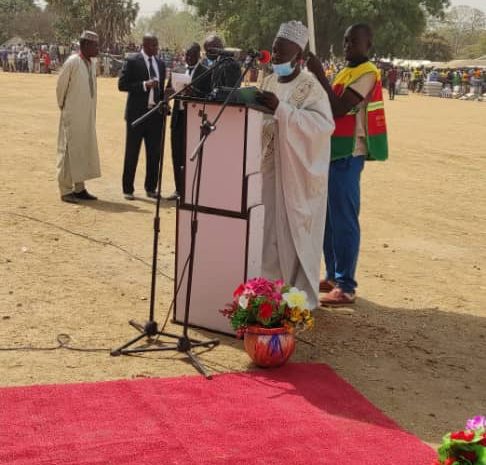 Mohaman Yaouba expresses his gratitude to the Head of State, His Excellency Mr. Paul Biya for the supervision of the Youth and says thank you to the Minjec who chose Poli for this launch. He specifies that this is the first time that the Youth of this locality has come into direct contact with a member of the government.

He continues by indicating that the Youth has already benefited several times from the attention of the government in order to increase its participation in the development of Cameroon. The Communal President thus cites the creation of the CMPJ, the establishment of the 1st Young Municipal Council, the training of Community Mediators and Motorcycle taxi drivers.

Mohaman Yaouba once again says thank you to the Head of State, their “android dad” who, through the PTS-JEUNES, will take young people out of vulnerability. He ends by calling on young people to be more civic-minded, to respect institutions and those who embody it, and to work for peace.