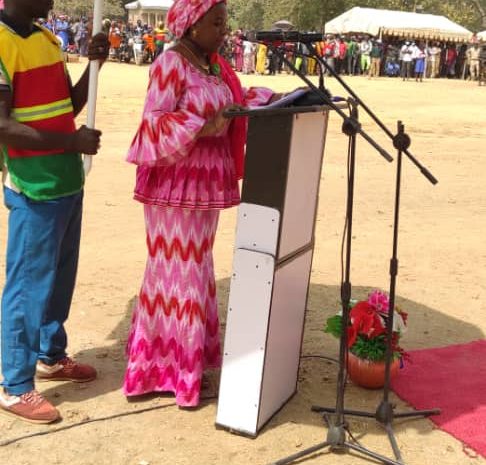 Fadimatou Iyawa Ousmanou, President of the National Office of the National Youth Council of Cameroon (CNJC) indicates that the theme: ”Youth and voluntary participation in the great challenges of Cameroon” testifies sufficiently that young people are capable of taking up the challenges which are imposed on them. Reviewing the youth projects financed by the Minjec, she underlined that several public administrations also participate in the influence of the Youth like the Minader whose presence she salutes. It therefore invites young people to make good use of all the support given to them. Fadimatou Iyawa Ousmanou looks back on the main activities of the CNJC during the year 2021 such as the campaign to fight against COVID-19 or the 2nd anniversary of the CNJC. She ends her remarks by inviting the Youth to perpetuate the values ​​of peace, civic-mindedness and patriotism, exalted by the Head of State.